On December 18, Southern University of Science and Technology (SUSTech) welcomed Princeton Professor Fan Jianqing to campus. He gave the 251st lecture in the SUSTech Lecture Series on the topic of “Big Data, Artificial Intelligence and Financial Innovation.” Department of Statistics and Data Science (SDS) Head Shao Qiman presided over the lecture. 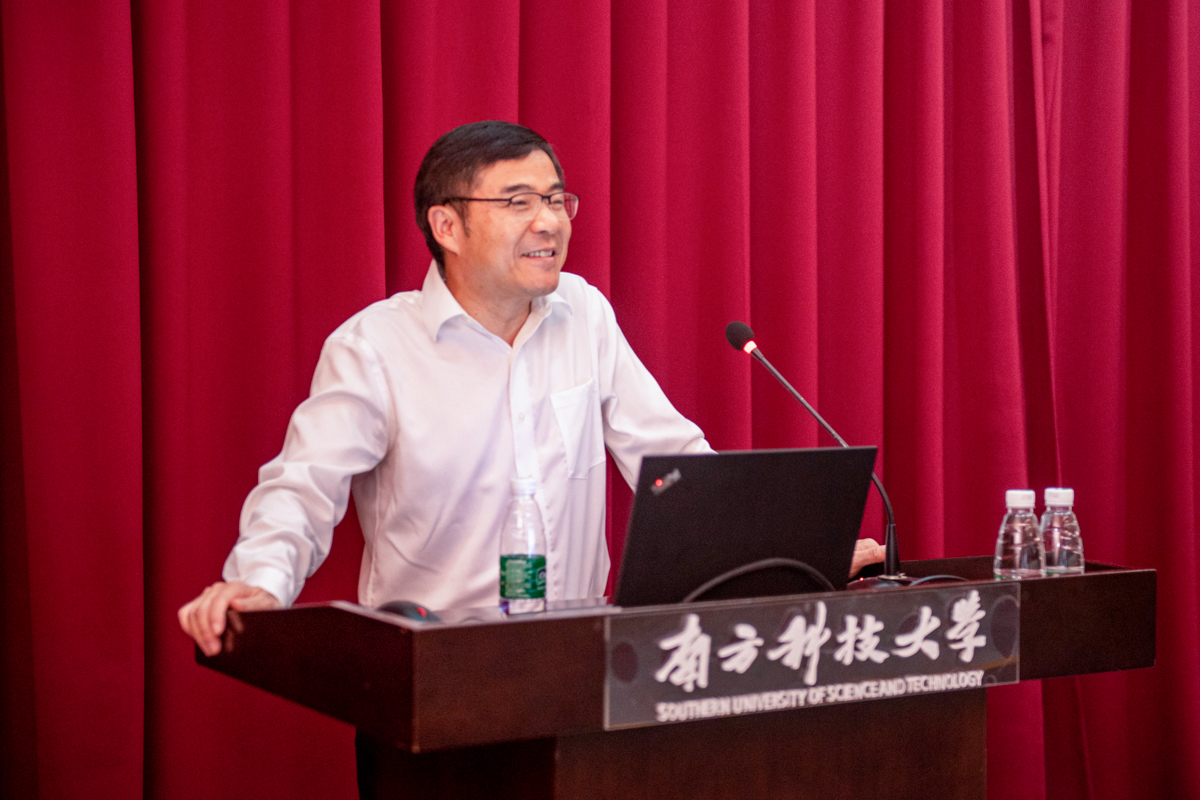 Professor Fan Jianqing is the Frederick L. Moore ’18 Professor of Finance in the Department of Operations Research & Financial Engineering at Princeton University. He is the winner of the 2000 COPSS Presidents’ Award, the Morningside Gold Medal for Applied Mathematics in 2007, the 2009 Guggenheim Fellow, the 2013 Pao-Lu Hsu Prize winner and the recipient of the Guy Medal in Silver in 2014. He got elected as an Academician from Academia Sinica in 2012. His main research areas include high-dimensional statistics, machine learning, econometrics, time series, and non-parametric modeling.

The Audience are listening to the lecture

He went on to explain that as the spread of financial data has become more profound and denser, there has been a need for that data to become smarter. Smarter data will help decision-makers make better and more efficient decisions. Professor Fan Jianqing used examples of popular fin-tech applications such as mobile payments, intelligent investment advisory and big data credit. He pointed out that big data is everywhere and is now at the core of the IT revolution.

Professor Fan Jianqing moved onto AI and big data, making the amusing point that “all models are wrong, but some models are useful.” He explained the flexibility of nonparametric statistical methods in high-dimensional data from the perspective of mathematical principles. He spoke about several challenges and applications for big data before focusing on financial forecasting. After the lecture, Professor Fan Jianqing answered many questions from the enthusiastic audience of faculty and students.